YOUR VERY IMPORTANT AND RELIABLE GUIDES

TO NAVIGATING THE MARINE ENVIRONMENT

Please sit in on the comprehensive Garmin Class video at bottom of this page.

Each video has separate volume control.

Every mariner should consider a VHF radio to be as vital as any single piece of marine electronics, even more important than a GPS.

A marine VHF radio can be used for distress calls, to communicate with the Coast Guard and fellow boaters, and to stay up to date on important weather information and navigational hazard warnings.

The Maritime Mobile Service Identity is a unique 9 digit number that is assigned to a (Digital Selective Calling) DSC radio or an AIS unit. Similar to a cell phone number, your MMSI number is your unique calling number for DSC radios or an AIS unit. The information provided when obtaining a MMSI number is transferred into the U.S. Coast Guard’s national distress database for use in emergency situations.

One other piece of gear that is not really a piece of electronics, but should be consider essential aboard a boat, is a compass. You should have a compass installed within easy view of the helmsman on any boat that operates more than a few hundred yards from shore.

EPIRB (electronic position indicating radio beacon) and PLB units (personal locator beacons) both broadcast an SOS to satellites, so search and rescue authorities like the Coast Guard know you need help. EPIRBs are used when a boat needs assistance, and PLBs are used by individuals. Different models of each can be activated either manually or hydrostatically (water-activated)

The MFD/TOTAL GLASS DASH DISPLAY will display all your settings, protocol, radar, sonar, navigational charts, way points, FLIR imaging cameras. They also have the ability to show, trim indicator, I pod and radio, engine data and economy for fuel burn, control your courtesy lighting and even main aircon.

All of these systems will be using the NMEA 2000 network:  a plug-and-play communications standard used for connecting marine sensors and display units within ships and boats.

Here is a schematic on a glass dash system to give you some idea of the various systems and integration involved in being able to operate and navigate the vessel from a single screen:

The Global Positioning System, or GPS, allows mariners to pinpoint exactly where they are located on the water. A global positioning antenna (external) will mount somewhere on your vessel with a wire attached, that will send the signal to your Chartplotter in your dash (if it’s not built in) and be able to determine your position.

A chartplotter displays digitized charts, and allow you to navigate right on an LCD screen. You’ll see a real-time display of your exact location, and all chartplotters offer a number of functions ranging from creating waypoints and routes, to displaying navigational data like course over ground, speed, and time to destination. Many chartplotters on the market today are integrated with fishfinder/depthsounders, or are displayed on networked multiple-function MFD (multifunction display) screens.

Electronic chartplotters are by nature processor intensive. They need to retrieve the GPS signal and overlay that on a map updating every few milliseconds. Some GPS software can run on standard computers, but most of the higher end is dedicated equipment. Especially when the chartplotter generates three-dimensional displays, as used for fishing, considerable processing power and video memory may be required.
As with all marine systems, chart-plotters generally are not used alone. In commercial ships, they are integrated into a full system of marine instruments that can guide the ship under any conditions. These other instruments include Sonar transducers, integration with 2 Way Radio communication devices and emergency locators (EPIRB).
The integration of these devices is very important as it becomes quite distracting to look at several different screens. Therefore, displays can often overlay charting, radar, sonar into a single system. This gives the captain unprecedented instrumentation to maneuver the ship. With digital backbones, these devices have advanced greatly in the last years. For example, the newer ones have 3D displays that allow you to see above, below and all around the ship, including overlays of satellite imaging.

Generally, the chartplotter itself is a stand-alone unit, think of it like your laptop, it can do many things, but in order to work to full potential it needs a signal from the internet (GPS to chart plotter/electronic compass) and possibly a connection to a printer (sonar/depth transducer). Although some chart plotters have built in GPS and SONAR processors.

GPS units are super accurate and offer convenient features, such as plotting waypoints and marking a course. But they also rely on ships electricity or battery power to function, and they can malfunction, become damaged or just crap out on you. For these reasons, you should always have paper charts for your area of operation aboard your vessel, and you should know the basics of navigating with paper charts.

Sounders or fishfinders are also a common piece of boat electronics; they tell you the depth of the water. You should use this information to enhance safely while navigating and to play a role in avoiding contact between your boat and the bottom. Boaters that do not fish really only need the depth displayed in numeric format. These types of units are the least expensive type of depth sounder and can be fitted for under $100. The two components of the system are the display and the transducer.

For boats operating at night or in poor visibility conditions, a marine radar can be indispensable addition to your electronics suite. Radar shows the mariner on a display screen the obstacles he or she must avoid for safe navigation. It also provides the speed, direction, and distance of other vessels. Radar systems are expensive—usually several thousands of dollars.

As an introductory explanation: , you’ve got two types of Radar that most civilian mariners will encounter.
Radome “round white cap-style” 12in, 14in, 16in, 18in, 24in Units 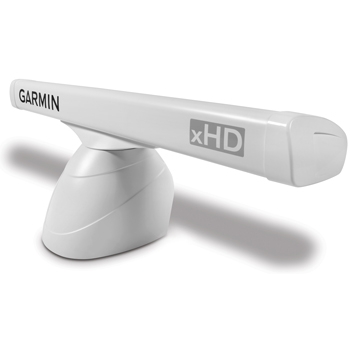 In layman’s terms these are just a type of Antenna, it will Xmit a signal and Listen for that signal for it to return. From this it will interpret what it hears and display it on your screen.
With that being said, Open Array radars can focus the radar beam in smaller degrees than a Radome.
Let’s say that in the middle of your vessel you have 360 degrees of view. An open array antenna can project a focused beam of radar in 1-2 Degree increments or less as is swings around that 360 degrees of view. What that means for you; it will be able to focus its energy on more individual targets and show up as separate objects on your screen.
The Radome usually has a larger degree of spread, say 2.5 degrees up to possible 7 degrees in older units. Depending on your needs this may be fine for you.
You will also see people talk about 4KW, 6KW, 12KW units.
This will tell you how much transmit power the unit will have. It will usually translate into NM range in a brochure or website advertisement. Some of the bigger units can Xmit and listen out to 62nm or more. Here is the catch, with the standard marine radar you would buy for your boat you can only listen in a straight line. The unit will see in a straight line. Remember the earth is curved… So here is some BASIC math.
Take your mounted unit, height EXAMPLE: 9ft (Square root that number = 3) multiply that by 1.22 (3 x 1.22 = 3.66nm) at that height it can see to the water line out 3nm. Now with that being said the objects that you are looking at are usually above the water line. SO if you have the same object as you at a standard of 9ft above the water line just multiply (3.66 x 2) giving you 7.32 NM away. If the object is the same height that’s how far away you can see it.

The thing to remember is that a radar array usually leaves the antenna at a 25 degree angle from the center of the unit, top and bottom. So some people will be able to see the wake of their boat on the screen and storm clouds on the horizon and everything in between. That’s why it takes some practice when it comes time to interpret what you’re looking at on your screen.

Automatic Identification Systems AIS is intended, primarily, to allow ships to view marine traffic in their area and to be seen by that traffic. This requires a dedicated VHF AIS transceiver that allows local traffic to be viewed on an AIS enabled chartplotter or computer monitor while transmitting information about the ship itself to other AIS receivers.

Basically it takes an AIS equipped vessel and puts it on your chartplotter, telling you everything you would want to know about that vessel. (Course, speed, size, name)

When you talk about boat electronics, you must include autopilots, which allow you to set a course and let the computer drive the boat. Even the most inexpensive boat autopilot will hold a heading or follow input from a chartplotter to stay on a route. Autopilots are great for long voyages, as they can reduce stress and strain both on the helm and the helmsman. On a long trip using an autopilot to steer a straight course could even save you a bit of fuel.
Data communications among all of these neat pieces of equipment is possible. Some units talk to each other using propriety network style connections while others transfer data using systems managed by the National Marine Electronics Association. The two data transfer systems currently in use are designated NMEA0182 and NMEA2000. The latter is newer and faster.

PLEASE SIT IN, ON